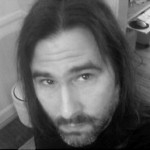 Monte Goode is a Computer Systems Engineer in the Integrated Data Frameworks Group, in the Scientific Data Division at Lawrence Berkeley National Lab. He is currently participating in a long-term collaboration with ESnet as a member of their Software Engineering Group. This collaboration includes work on the ESnet portal, contributions to the perfSONAR and NetSage projects, architecting the ESDB data management system. He is currently working on the Netbeam project - ESnet's next-generation network analytics system.