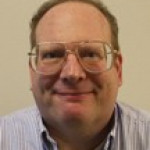 Frank Olken is a database researcher at LBNL. For the past 3 years he has been detailed to the National Science Foundation in the Computer and Information Science and Engineering Directorate,Information and Intelligent Systems Division, Information Integration and Informatics program as a program director. Immediately prior to this assignment at the NSF he worked on the XMDR metadata registry project. This involved standards development for the ISO/IEC 11179 metadata registry standard and development of the XMDR prototype metadata registry. His other standards work included the W3C RDF language standard and the W3C XML Schema Language standard. He has also worked on random sampling from databases. Dr. Olken received his PhD. from UC Berkeley in Computer Science.