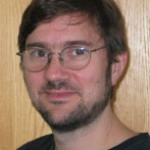 Vern Paxson is an associate professor on the faculty of the Electrical Engineering and Computer Sciences Department at the University of California, Berkeley. He holds joint appointments at the Lawrence Berkeley National Laboratory, where he has been a staff member since 1985, and since 1999 at the International Computer Science Institute in Berkeley, where he is a senior scientist. Prof. Paxson’s research focuses on Internet attacks and defenses, and network and Defenses, which pursues a variety of research efforts in detecting and blocking networkborne attacks. He cofounded and served on the steering committees of the ACM Internet Measurement Conference, the ACM Workshop in Rapid Malcode, and the USENIX Workshop on Large-Scale Exploits and Emergent Threats. He has served as program chair or co-chair of ACM SIGCOMM, USENIX Security, IEEE Symposium on Security and Privacy, and ACM HotNets, and as an Area Director of the Internet Engineering Task Force. He is an ACM Fellow and recipient of the 2008 ACM Grace Murray Hopper Award for his work on Internet measurement, and has twice been a co-recipient of the IEEE Communications Society William R. Bennett Prize Paper award, and of the USENIX Lifetime Achievement award.