The Math Group is developing new computational tools to study dynamic problems with time-periodic forcing or symmetry. A key step in this research is to devise adjoint-based optimization techniques suitable for large-scale systems governed by nonlinear evolutionary partial differential equations. Because the solutions of the PDEs are time-periodic, Floquet theory can be used to characterize their stability. The framework developed to compute time-periodic solutions is easily adapted to compute Floquet multipliers in parallel on a supercluster. These algorithms have been demonstrated in a wide array of application areas, including water waves, viscoelastic fluids, gas dynamics, nonlinear optics, and solid mechanics.

Using these methods, the Math Group has solved a 60 year-old open question on the limiting form of extreme standing water waves due to Penney and Price (1952) and G.I. Taylor (1953). Their question was whether the largest-amplitude standing wave would form a 90-degree corner angle, providing an example of finite-time singularity formation in Euler's equations in which the solution regains smoothness after the event. The new result or answer is that the wave crests of extreme standing waves do not sharpen to a corner in a self-similar fashion as predicted, but instead develop an oscillatory structure on small scales near the crest.

By combining high-resolution numerical simulations with reduced-order modeling techniques, the Math Group is currently using these methods to study stress states in rolling vehicle tires with treads, as well as the low-dimensional nature of standing water waves. The group is also using these methods to gain insight into the onset of elastic turbulence in viscoelastic mixing problems and optimize over-a-cycle in complex fluid-structure problems, such as flapping flight. These techniques provide vast improvements in efficiency and robustness through parallelism and reformulation as minimization problems. 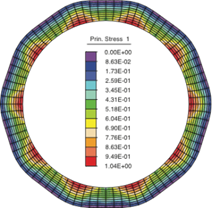 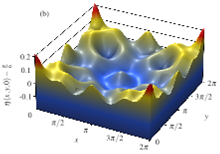 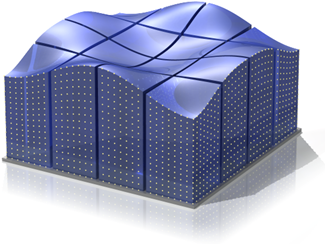