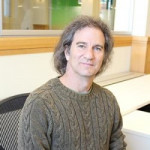 Sethian is the author of many scientific articles and books and serves as an associate editor on several journals. He is a member of the National Academy of Engineering and the recipient of numerous prizes and awards. His awards include the Norbert Wiener Prize in Applied Mathematics, which is awarded jointly by the American Mathematical Society (AMS) and the Society for Industrial and Applied Mathematics (SIAM), for his representations of the motion of curves, surfaces, interfaces, and wave fronts, and for his applications of mathematical and computational ideas to scientific problems. He was also awarded the 2011 Pioneer Prize, which is awarded by the International Council for Industrial and Applied Mathematics (ICIAM) for his contributions to applications in imaging and shape recovery in medicine, geophysics, tomography, and drop dynamics in inkjets. Sethian works on the theory, algorithms, and applications of moving interfaces as they are applied to problems in fluid mechanics, materials science, and industrial processes, such as inkjet printing, semiconductor fabrication, biological and medical imaging, and geophysics.

Developing computational tools that enable discovery of new materials for energy-related applications is a challenge. Crystalline porous materials are a promising class of materials that can be used for oil refinement, hydrogen or methane storage as well as carbon dioxide capture. Selecting optimal materials for these important applications requires analysis and screening of millions of potential candidates. Recently, we proposed an automatic approach based on the Fast Marching Method (FMM) for performing analysis of void space inside materials, a critical step preceding expensive molecular dynamics simulations. This breakthrough enables unsupervised, high-throughput characterization of large material databases. The algorithm has three steps: (1) calculation of the cost-grid which represents the structure and encodes the occupiable positions within the void space; (2) using FMM to segment out patches of the void space in the grid of (1), and find how they are connected to form either periodic channels or inaccessible pockets; and (3) generating blocking spheres that encapsulate the discovered inaccessible pockets and are used in proceeding molecular simulations. In this work, we expand upon our original approach through (A) replacement of the FMM-based approach with a more computationally efficient flood fill algorithm; and (B) parallelization of all steps in the algorithm, including a GPU implementation of the most computationally expensive step, the cost-grid generation. We report the acceleration achievable in each step and in the complete application, and discuss the implications for high-throughput material screening.

We introduce a numerical framework, the Voronoi Implicit Interface Method for tracking multiple interacting and evolving regions (phases) whose motion is determined by complex physics (fluids, mechanics, elasticity, etc.), intricate jump conditions, internal constraints, and boundary conditions. The method works in two and three dimensions, handles tens of thousands of interfaces and separate phases, and easily and automatically handles multiple junctions, triple points, and quadruple points in two dimensions, as well as triple lines, etc., in higher dimensions. Topological changes occur naturally, with no surgery required. The method is first-order accurate at junction points/lines, and of arbitrarily high-order accuracy away from such degeneracies. The method uses a single function to describe all phases simultaneously, represented on a fixed Eulerian mesh. We test the method’s accuracy through convergence tests, and demonstrate its applications to geometric flows, accurate prediction of von Neumann’s law for multiphase curvature flow, and robustness under complex fluid flow with surface tension and large shearing forces.

Predicting whether a molecule can traverse chemical labyrinths of channels, tunnels, and buried cavities usually requires performing computationally intensive molecular dynamics simulations. Often one wants to screen molecules to identify ones that can pass through a given chemical labyrinth or screen chemical labyrinths to identify those that allow a given molecule to pass. Because it is impractical to test each molecule/labyrinth pair using computationally expensive methods, faster, approximate methods are used to prune possibilities, “triaging” the ability of a proposed molecule to pass through the given chemical labyrinth. Most pruning methods estimate chemical accessibility solely on geometry, treating atoms or groups of atoms as hard spheres with appropriate radii. Here, we explore geometric configurations for a moving “molecular worm,” which replaces spherical probes and is assembled from solid blocks connected by flexible links. The key is to extend the fast marching method, which is an ordered upwind one-pass Dijkstra-like method to compute optimal paths by efficiently solving an associated Eikonal equation for the cost function. First, we build a suitable cost function associated with each possible configuration, and second, we construct an algorithm that works in ensuing high-dimensional configuration space: at least seven dimensions are required to account for translational, rotational, and internal degrees of freedom. We demonstrate the algorithm to study shortest paths, compute accessible volume, and derive information on topology of the accessible part of a chemical labyrinth. As a model example, we consider an alkane molecule in a porous material, which is relevant to designing catalysts for oil processing.