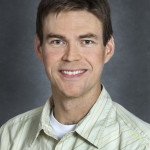 Jon Wilkening is an associate professor in the Mathematics Department at UC Berkeley and a member of the Mathematics Group. Wilkening graduated summa cum laude with honors with a B.S. in engineering physics from the University of Arizona in 1996. He received a Ph.D. in mathematics from UC Berkeley in 2002, where he studied microchip failure due to stress-driven grain boundary diffusion and electromigration. He was a DOE Computational Science Graduate Student Fellow from 1997 to 2001 and was chosen as a Frederick A. Howes Scholar in Computational Science in 2003. Wilkening was a Courant Instructor at New York University from 2002 to 2005. He joined the faculty at UC Berkeley in 2005, and won an NSF CAREER award in 2010. His research interests are in numerical analysis, computational physics, PDEs and high performance computing. He has studied a wide variety of physical systems, including the failure of microchips, optimal transportation, gas dynamics, shape-optimization of robotic crawlers, lubrication theory, mode-locked lasers, water waves, and rolling tires.

We apply the adjoint continuation method to construct highly accurate, periodic solutions that are observed to play a critical role in the multi-pulsing transition of mode-locked laser cavities. The method allows for the construction of solution branches and the identification of their bifurcation structure. Supplementing the adjoint continuation method with a computation of the Floquet multipliers allows for explicit determination of the stability of each branch. This method reveals that, when gain is increased, the multi-pulsing transition starts with a Hopf bifurcation, followed by a period-doubling bifurcation, and a saddle-node bifurcation for limit cycles. Finally, the system exhibits chaotic dynamics and transitions to the double-pulse solutions. Although this method is applied specifically to the waveguide array mode-locking model, the multi-pulsing transition is conjectured to be ubiquitous and these results agree with experimental and computational results from other models.

A numerical method is introduced for the computation of time-periodic vortex sheets with surface tension separating two immiscible, irrotational, two-dimensional ideal fluids of equal density. The approach is based on minimizing a nonlinear functional of the initial conditions and supposed period that is positive unless the solution is periodic, in which case it is zero. An adjoint-based optimal control technique is used to efficiently compute the gradient of this functional. Special care is required to handle singular integrals in the adjoint formulation. Starting with a solution of the linearized problem about the flat rest state, a family of smooth, symmetric breathers is found that, at quarter-period time intervals, alternately pass through a flat state of maximal kinetic energy, and a rest state in which all the energy is stored as potential energy in the interface. In some cases, the interface overturns before returning to the initial, flat configuration. It is found that the bifurcation diagram describing these solutions contains several disjoint curves separated by near-bifurcation events.

Using analytical and numerical methods, we analyse the Raj–Ashby bicrystal model of diffusionally accommodated grain-boundary sliding for finite interface slopes. Two perfectly elastic layers of finite thickness are separated by a given fixed spatially periodic interface. Dissipation occurs by time-periodic shearing of the viscous interfacial region, and by time-periodic grain-boundary diffusion. Although two time scales govern these processes, of particular interest is the characteristic time tD for grain-boundary diffusion to occur over distances of order of the grain size. For seismic frequencies ωtD≫1, we find that the spectrum of mechanical loss Q−1 is controlled by the local stress field near corners. For a simple piecewise linear interface having identical corners, this localization leads to a simple asymptotic form for the loss spectrum: for ωtD≫1, Q−1∼const.ω−α. The positive exponent α is determined by the structure of the stress field near the corners, but depends both on the angle subtended by the corner and on the orientation of the interface; the value of α for a sawtooth interface having 120° angles differs from that for a truncated sawtooth interface whose corners subtend the same 120° angle. When corners on an interface are not all identical, the behaviour is even more complex. Our analysis suggests that the loss spectrum of a finely grained solid results from volume averaging of the dissipation occurring in the neighbourhood of a randomly oriented three-dimensional network of grain boundaries and edges.

A high-performance shooting algorithm is developed to compute time-periodic solutions of the free-surface Euler equations with spectral accuracy in double and quadruple precision. The method is used to study resonance and its effect on standing water waves. We identify new nucleation mechanisms in which isolated large-amplitude solutions, and closed loops of such solutions, suddenly exist for depths below a critical threshold. We also study degenerate and secondary bifurcations related to Wilton's ripples in the traveling case, and explore the breakdown of self-similarity at the crests of extreme standing waves. In shallow water, we find that standing waves take the form of counter-propagating solitary waves that repeatedly collide quasi-elastically. In deep water with surface tension, we find that standing waves resemble counter-propagating depression waves. We also discuss the existence and non-uniqueness of solutions, and smooth versus erratic dependence of Fourier modes on wave amplitude and fluid depth. In the numerical method, robustness is achieved by posing the problem as an overdetermined nonlinear system and using either adjoint-based minimization techniques or a quadratically convergent trust-region method to minimize the objective function. Efficiency is achieved in the trust-region approach by parallelizing the Jacobian computation, so the setup cost of computing the Dirichlet-to-Neumann operator in the variational equation is not repeated for each column. Updates of the Jacobian are also delayed until the previous Jacobian ceases to be useful. Accuracy is maintained using spectral collocation with optional mesh refinement in space, a high-order Runge–Kutta or spectral deferred correction method in time and quadruple precision for improved navigation of delicate regions of parameter space as well as validation of double-precision results. Implementation issues for transferring much of the computation to a graphic processing units are briefly discussed, and the performance of the algorithm is tested for a number of hardware configurations.