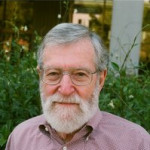 Paul Concus is a Senior Scientist Emeritus at LBNL and a Professor Emeritus in the UC Berkeley Mathematics Department. He received his Ph.D. in applied mathematics from Harvard University in 1959. In addition to his early work on the iterative solution of elliptic partial differential equations and on the preconditioned conjugate gradient method, he has worked extensively on the mathematical theory of liquids under microgravity and weightlessness conditions. This latter work led to experiments on orbiting U.S. and Russian space vehicles and to his receiving the Space Processing Award of the American Institute of Aeronautics and Astronautics. As a former head of the Mathematics Group, he currently participates in its administration.