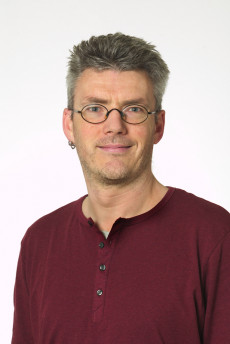 Senior Scientist Julian Borrill has been selected to head the Lawrence Berkeley National Laboratory’s (Berkeley Lab’s) Computational Cosmology Center (C3). Effective August 4, he will now lead all technical and administrative aspects of C3—including engaging in scientific program development, and serving as principal investigator for proposals and projects. Borrill formerly co-led C3 with Peter Nugent, who was promoted to Division Deputy for Scientific Engagement earlier this year.

In addition to his appointment at Berkeley Lab, Borrill is also a Senior Research Physicist at UC Berkeley’s Space Sciences Laboratory. His current work is focused on developing the high performance computing (HPC) tools that are needed to analyze the huge data sets being gathered by current Cosmic Microwave Background (CMB) polarization experiments—particularly the Planck satellite, POLARBEAR and EBEX balloon missions—and extending them to coming generations of experiments and supercomputers. For the last 15 years, Borrill has also managed the CMB community and Planck-specific HPC resources at the National Energy Research Scientific Computing Center.