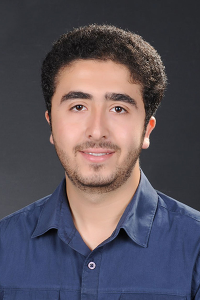 Ammar Haydari, a Ph.D. student at the University of California Davis, and a Lawrence Berkeley National Laboratory (Berkeley Lab) Affiliate grew up in Istanbul, Turkey, the eldest child in a big family where scientific exploration was always encouraged. He sees his parents’ encouragement as instrumental in getting him to where he is now.

In the summer of 2020 and 2021 at Lawrence Berkeley National Laboratory (Berkeley Lab), Haydari worked on a project producing results that enabled the analysis of mobility data, Global Positioning System (GPS) data on vehicles moving around a geographic area, while also using differential privacy to preserve privacy and confidentiality. Differential privacy works by adding small amounts of noise to any query of a statistical database which protects against the identification of any one individual record in the dataset.

This research was particularly important to Haydari as his home city of Istanbul is plagued with heavy traffic and the goal of using the mobility data is to produce global traffic optimization for a particular region to lower overall carbon emissions, without also causing the problems created by many commercial traffic apps (such as routing traffic through school zones and quiet neighborhoods).

The work was directly inspired by a problem faced by one of the project’s collaborators, Dr. Jane Macfarlane, of the University of California Berkeley's Institute of Transportation Studies and Berkeley Lab's Energy Technologies Area. Dr. Macfarlane's ability to obtain data to do this important work was cut off due to data privacy concerns. The results of this research are expected to help Dr. Macfarlane’s work to resume by removing the privacy issue while maintaining the usefulness of the data. Haydari is co-advised at UC Davis by Professors Chen-Nee Chuah, of the Department of Electrical and Computer Engineering, and Michael Zhang, of UC Davis’s Department of Civil and Environmental Engineering and also the Institute for Transportation Studies. The confluence of the different types of expertise of collaboration brought tremendous strengths, although Haydari also noted that it sometimes made the research a bit harder.

“Since we have collaborated with researchers from different backgrounds, it was challenging to agree on a solution that would meet all their requirements,” said Haydari. “For instance, while Dr. Sean Peisert was more concerned with the theoretical and statistical proof of the study, my other collaborator Dr. Jane Macfarlane was more concerned with the solution's applicability. Berkeley Lab’s team science and multi-disciplinary environment resulted in a unique solution that has never been explored.” Haydari has posted one paper discussing his results on arXiv and submitted to IEEE Transactions on Intelligent Transportation Systems and has a second paper accepted to the 2022 Annual Computer Security Applications Conference (ACSAC).

“I am tremendously impressed with what Ammar produced over the past couple of years,” noted Peisert. “We had a problem where important data wasn’t available for research purposes because it contained personally identifiable information and so couldn’t be handed out to researchers, even with the proper legal agreements. Ammar has developed and demonstrated a technical solution that enables this type of research to continue by addressing the privacy concerns while maintaining the usefulness of the data.” 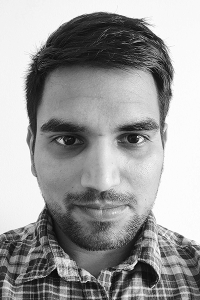 Nikhil Ravi, a Ph.D. student at Cornell Tech and a Berkeley Lab Affiliate, attributes his love for research and dedication to science to his high school chemistry teacher. Later, in his undergraduate years, he found math invigorating and was particularly fond of probability theory. “That class shook me out of complacency. I realized the need to change my approach since I had dreams of higher education,” said Nikhil. “The professor really shed light on what was expected from Ph.D. candidates and emphasized the need for mathematical rigor.”

Ravi is advised by Professor Anna Scaglione, a long-time close collaborator of Peisert’s. At Berkeley Lab, Nikhil has been supporting a threat mitigation project by producing results that enable an analysis of electrical grid smart meter data to detect cyberattacks and applying differential privacy to preserve the confidentiality of the underlying data.

Using differential privacy enables both safe operational and research use of data that otherwise would not be made available or would compromise the privacy and confidentiality of the home or building occupants, utilities, etc. For example, smart meter data recorded at frequent enough intervals could show energy consumption patterns that can allow a researcher to determine details about a person’s lifestyle, like when a refrigerator is operated or when the home entertainment system is used, based solely on a particular load pattern.

“Privacy is especially relevant in the security context of electrical grid systems. In these systems, local faults can have global significance as different portions of the grid, while managed separately, are interconnected,” said Nikhil. “Thus fault detection and isolation involve data sharing between the local operators and law enforcement agencies that could lead to unintended disclosure issues.”

Peisert stated enthusiastically: “Collaborating with Professor Scaglione and her students and postdocs over the past ten years has been amazingly successful and also such a joy. Working with Nikhil on this privacy work has been no exception. Along with Prof. Scaglione and other students and postdocs in her research group, Nikhil has developed important foundational approaches and demonstrated them in real-world situations. As we bring this project to a conclusion over the next few months, I am excited to see Nikhil’s work transition to practice in the real world, including at DOE and elsewhere, as I am certain that it will.”

Nikhil is also the lead author of a paper on meter data analysis and synthesis that was recently accepted by the journal IEEE Transactions on Smart Grid.