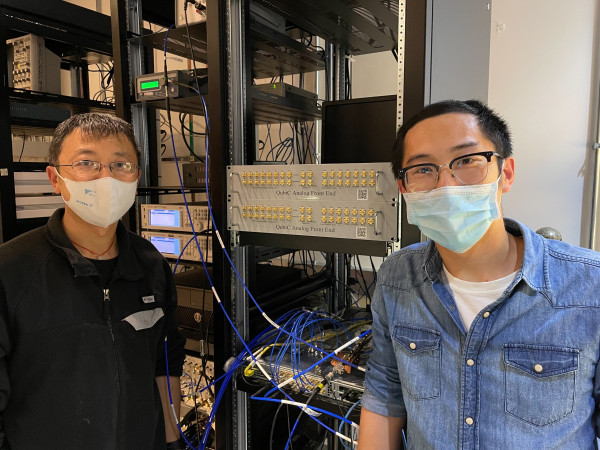 Quantum information processors require expensive electronic controls that can manipulate qubits with precision. However, it is both a theoretical and experimental challenge to develop the control hardware that maximizes quantum computers’ performance. Furthermore, current coherence times are short-lived, and most commercially available electronic equipment is designed as general-purpose for non-quantum systems. The cost, size, and complexity of control and measurement hardware increase with a growing number of qubits. This presents a significant roadblock for startups and junior academic research groups worldwide.

AQT’s researchers at Berkeley Lab are tackling these control challenges by designing modular control hardware for current and future superconducting processors and open-sourcing the system's full-stack code so that it can be accessed, improved, and leveraged by the broader quantum information science community.

“Newer control electronics systems are not tailored for quantum control systems," explained Huang. “So quantum researchers need to make the control system bigger by purchasing more instruments as the processors become more complex. But the cost for control hardware should not be linear or exponential, and that's where we try to come in. By building this as a more accessible and affordable system from the ground up, we really know what happens underneath for further integrations and to try to scale the design.” 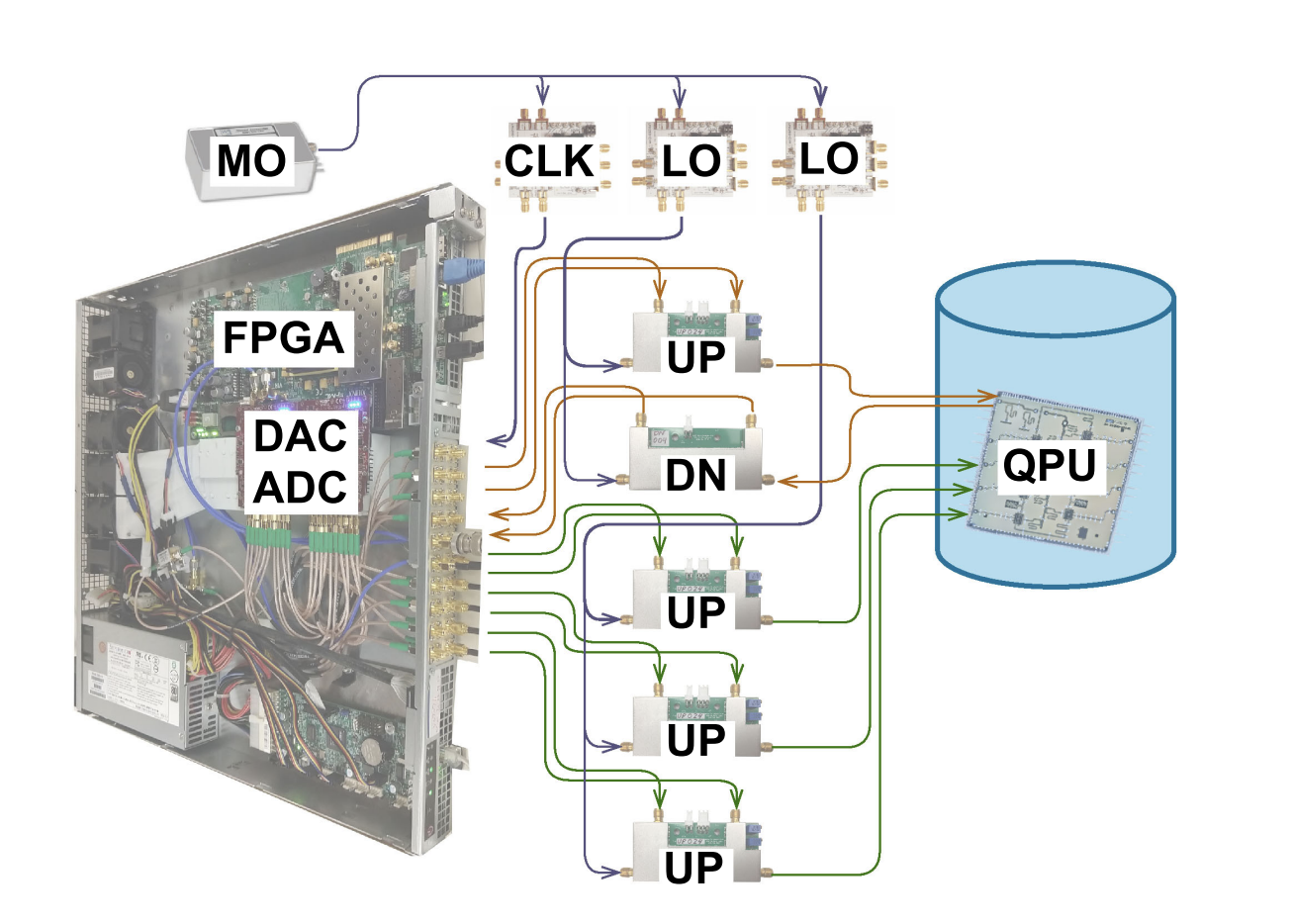 “We're working on providing a more modular and affordable hardware control solution that performs equal to or slightly better with the added benefits,” emphasized Huang. “But we cannot do everything by ourselves, so by open sourcing the code, we can find a community willing to support, contribute, and develop.”

QubiC is compatible with commercial and custom-designed electronics. As a result, testbed users from a variety of national laboratories, startups, and companies have shown strong interest to deploy their projects using QubiC's customizable interface.

Xu explained: “Open sourcing the full stack of the QubiC system benefits the community because more people can contribute, customize, and improve it. And as an early career researcher involved in its design from the start, I have learned to integrate different disciplines from engineering to physics to experiments.”

Leveraging the legacy of particle accelerators

The research and development of AQT’s control hardware comes from a seemingly unlikely source, but that builds on Berkeley Lab’s origins and 91-year history: particle accelerators. Across their many sizes and purposes — ranging from compact medical treatment machines to extensive research facilities like the Large Hadron Collider — accelerators speed up charged particles and funnel them into a controlled beam to explore matter and energy.

As particle accelerators grow more powerful, the need for state-of-the-art instrumentation and control systems increases. It’s critical to precisely stabilize particle beams and the sophisticated equipment that produces them. The resulting technology and know-how can benefit many other fields, such as quantum computing.

Huang and Xu are members of the Berkeley Accelerator Controls and Instrumentation (BACI) Program, where expertise in these control systems is a common resource crucial to the varied efforts of the ATAP Division. BACI, supported by the General Accelerator R&D program in the DOE Office of High Energy Physics, has a decades-long history of developing precision control and feedback systems for particle accelerator projects. “I am very happy to see that previous investment for accelerator controls now can be further developed and used for qubits controls,” said BACI Program Head Derun Li.

“Particle accelerators are a vital component of Berkeley Lab’s scientific endeavors, so the work with advanced FPGA-based RF control technology and engineering for particle beams helped us streamline the customization for quantum hardware,” added Huang. “AQT researchers and testbed users are able to take advantage of the open source toolbox and gain a deeper understanding of flexible control hardware platforms that are both cost-effective and scalable.”

ATAP Director Cameron Geddes described the QubiC design for AQT’s superconducting processors as “classic examples of how capabilities developed for one area can benefit others in the team-science tradition of Berkeley Lab.”

Extensible quantum computers will require significant modifications to current tools and standard techniques, which is why AQT researchers have pioneered the open-sourced control hardware used in the Berkeley Lab quantum computing testbed program that is inspired by technology transfer of particle accelerators.

By providing AQT users full-stack access to QubiC and its infrastructure, the broader community has access to state-of-the-art superconducting quantum processors and co-participates in their evolution, potentially making QubiC compatible with other quantum computing technologies as well.