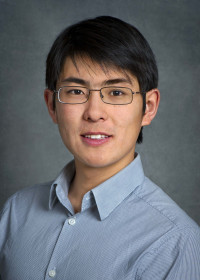 Lin Lin, a faculty scientist in Lawrence Berkeley National Laboratory’s (Berkeley Lab) Mathematics Group, a mathematician in Berkeley Lab’s CAMERA Center, and an associate professor in the Department of Mathematics at UC Berkeley, has been selected to receive a prestigious Simons Investigator in Mathematics award from the Simons Foundation. Lin’s research focuses on the development of efficient and accurate numerical methods for electronic structure calculations.

The Simons Foundation’s mission is to advance the frontiers of research in mathematics and the basic sciences. A Simons Investigator is appointed for an initial period of five years, with the opportunity of an additional five years based upon an evaluation of scientific impact. The investigator receives research support of $100,000 per year; $10,000 per year is also provided to the investigator’s department, and their institution receives an additional 20 percent in indirect costs.

“I am both greatly honored and surprised to receive this award,” Lin said. “The support of the Simons Foundation will be of great help to the fundamental research my group is pursuing, especially in developing new algorithms for electronic structure calculations, including emerging tools from scientific machine learning and quantum computation.”

Lin first joined Berkeley Lab in 2011 as a Luis W. Alvarez Fellow in Computing Sciences, shortly after completing his Ph.D. in applied mathematics at Princeton University. In 2013, He was hired as a research scientist in the Computational Research Division’s Scalable Solvers Group, and in 2014 he joined UC Berkeley’s Mathematics Department faculty. He also holds a joint appointment as a faculty scientist in Berkeley Lab's Mathematics Group. In addition to the Simons award, Lin has been a recipient of a Sloan fellowship, a National Science Foundation CAREER award, a Department of Energy early career award, the inaugural SIAM Computational Science and Engineering early career award, the Presidential Early Career Award for Scientists and Engineers, and the Gordon Bell prize.

“Lin has established himself as a major force in the mathematical formulation and algorithmic development of electronic structure methods across multiple applications,” said Sethian, who joined in the nomination of Lin for the Simons Foundation award. “By inventing and bringing a wide spectrum of new mathematics to computational materials, Lin is blazing new paths in difficult and important problems.”