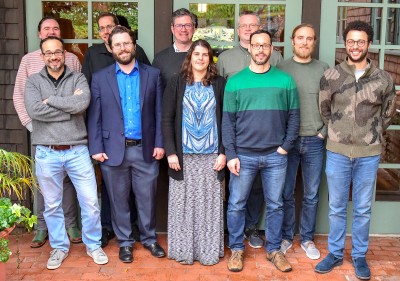 The focus of this DOE-funding is to apply Findable, Accessible, Interoperable, and Reusable (FAIR) Data Principles so that science data can drive innovations in AI. The FAIR principles were originally proposed and endorsed in 2016 by an international collaboration of universities, industry, funding agencies, and scholarly publishers.

According to Bouchard, much of the data currently aggregated in science, or combined from a diverse collection of scientific studies, is in a form that machine learning algorithms can’t effectively use. Because there is no standard way of describing the data for these algorithms, researchers cannot see what’s driving the machine learning results.

“When you are doing any sort of data science, the first battle is formatting data, structuring data, and cleaning it up. This can be a complex process and at this stage, everyone could be doing something different. This means that the input into machine learning algorithms is going to be different depending on how the data is initially processed and packaged,” said Andrew Tritt, Berkeley Lab Data Engineer. “Our hope for ENDURABLE, is to give researchers a common starting off point when they put their data into a machine learning algorithm.”

As part of the project, Tritt notes that the Computational Biosciences Group will design a data standard so that different types of complex data from various sources can be aligned and served to neural network training programs and machine learning models. The design will also build on Berkeley Lab’s efforts for other DOE-funded projects, like the Exabiome project, as well as the National Institute of Health (NIH) funded BRAIN Initiative project Neurodata Without Borders (NWB), which won an R&D 100 award in 2019. Initially, the team will be working with genomic data from the Genome Taxonomy Database, but their ultimate goal is to build tools that will be useful for a variety of aggregated datasets like those in the National Microbiome Data Collaborative.

“Berkeley Lab’s Computational Biosciences Group truly lives at the intersection of advanced computing techniques and tools to solve the real problems that bioscientists face every day. That may sound easy, but it’s actually really hard for a variety of both technical and sociological reasons,” said Bouchard. “What our group does is get the right people together so that when opportunities to take on some of these challenges arise, we are uniquely positioned to do so. ENDURABLE is a great example of that.”

The projects were chosen by competitive peer review under DOE Funding Opportunity Announcement and a companion announcement for DOE laboratories, sponsored by the Office of Advanced Scientific Computing Research (ASCR) within DOE’s Office of Science.