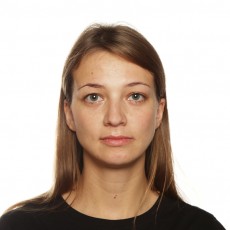 As supercomputers play an increasingly important role in scientific research, demand for time on the systems is also increasing, with researchers wanting up to 10 times more than is available. As a result, scientists need to make the most efficient use of their time allocations. This is especially true when running simulations of complex problems like climate change and astrophysics that can require tens of thousands of processors for days or weeks on end.

Such simulations are often described as “computationally expensive” because of the amount of resources they consume. Finding a way to keep expenses down while still getting the most science from the simulations is the specialty of Juliane Mueller, the 2014 Alvarez Fellow in the Computational Research Division at Lawrence Berkeley National Laboratory. She’s a member of the Center for Computational Sciences and Engineering, which develops algorithms to study complex problems ranging from combustion to supernovae.

Mueller likens the task to finding the most direct driving route to a destination, which is, in fact, how she was introduced to the challenge of optimization. In choosing the best route, the most obvious one may not be the fastest or use the least amount of fuel, as most people who have used online mapping tools discover. They can get you there, but a hands-on expert can often find a better route. Mueller was asked to tackle such a problem as a student at the Freiberg University of Mining and Technology in Saxony, Germany, where she grew up.

“Now my work is about finding the best objective function, or best result, in a scientific application – it’s not about the time or the length of a route, but finding the best solution using computer simulations,” she said. “This work is important for a wide range of application problems. There are environmental applications, such as the cleaning up of contaminated groundwater at minimal cost; alternative energy applications, like generating the maximal amount of energy from hydropower dams or kites; or calibration of climate models, which involves finding better model parameters to make predictions agree better with actual observational data.”

In the case of cleaning up contaminated groundwater, the researchers wanted to simulate the effects of adding different chemicals to neutralize the pollutants. They could also tweak some of the parameters, like where the wells are place and the pumping rate of the liquids.

“The simulations take time to run, up to one day per simulation, so you can’t run a million simulations,” Mueller said. “So how can you find the best solution with a limited number of simulations? Our idea is to develop algorithms that use cheaper test runs that can be done on a smaller computer to decide what specific combinations of parameters we should use for the expensive runs.  That way we run maybe 100 or 1000 expensive simulations, instead of 100,000.”

Other research areas where Mueller is applying her optimization expertise include simulations of combustion, finding ways to increase fuel efficiency and reduce pollution, and climate change, which aims to model how our climate is changing and possible mitigation measures. She’s had to spend some time looking inside a climate application, looking specifically at the methane component, to try to minimize the errors. It’s not a step she usually takes, adding that not only is the code huge and computationally expensive, “but it was time-expensive for me, too – a year-and-a-half of my life.”

Instead, Mueller works “black box” simulations, so named because no description of the objective function is available. That means she has no analytical description of the application, which can consist of hundreds of thousands of lines of code, and doesn’t know what the solution looks like.

“We know the input and we know the output, but what happens in between is the big question,” she said. “It would be nice if we knew what the solution looks like, that would make it faster to evaluate the application. We try to make good guesses and then use the optimization with the best value and see if the solution makes sense.”

Sometimes, it’s not immediately clear that the computationally solution is accurate, but further research may bear it out.

In another project to simulate light source beamlines, the simulation kept crashing. Mueller and her colleagues then learned that the actual beamline being simulated was not stable itself.

“Problems come up when you don’t have enough details,” she said. “You need to get as many details as you can from the application engineer.”

As word of her work spreads, Mueller is invited to give talks at workshops and conferences. In June, for example, she spent a week in Canada, first in Ottawa giving a talk at Carleton University in the school’s Systems and Computer Engineering seminar series. After that, she traveled to Montreal and presented “MISO: Mixed-Integer Surrogate Optimization Framework” at CORS/INFORMS 2015, the joint international meeting of the Canadian Operational Research Society and the Institute for Operations Research and the Management Sciences.

As an Alvarez fellow, Mueller has some leeway in choosing projects to work on and is continuing work she started at Cornell University, where she earned worked as a post-doc after earning her Ph.D at Tampere University of Technology in Finland. That work is in the field of transportation optimization, the same field which got her started down this road. The questions being addressed include extending road networks, making them more efficient by adding more lanes or charging tolls, all with the goal of moving cars more quickly to their destinations. “We’d like to learn how everybody should drive to make everyone as happy as possible. It’s hard.”

For that problem, Mueller has her own personal optimization – she gets around on bicycle and public transportation and doesn’t own a car.