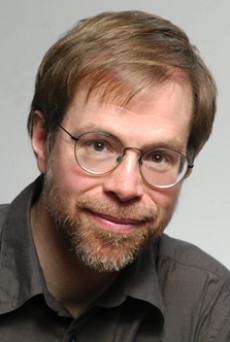 James Demmel, a professor at the University of California, Berkeley, who has a joint appointment in Lawrence Berkeley National Laboratory’s Computational Research Division, received the Association for Computing Machinery’s (ACM’s) Paris Kanellakis Theory and Practice Award. Demmel was honored for his work on numerical linear algebra libraries, including LAPACK (Linear Algebra Package), a standard software library that forms part of the standard mathematical libraries for many vendors.

According to ACM, the Paris Kanellakis Theory and Practice Award honors specific theoretical accomplishments that have had a significant and demonstrable effect on the practice of computing. This award is accompanied by a prize of $10,000 and is endowed by contributions from the Kanellakis family, with additional financial support provided by ACM's Special Interest Groups on Algorithms and Computation Theory (SIGACT), Design Automation (SIGDA), Management of Data (SIGMOD), and Programming Languages (SIGPLAN), the ACM SIG Projects Fund, and individual contributions.

This is the latest in a number of professional honors awarded to Demmel. In 2010, he received the IEEE Computer Society Sidney Fernbach Award for his contributions to high-performance linear algebra software. He is a fellow of IEEE, ACM, and SIAM, as well as a member of the National Academy of Engineering and National Academy of Sciences. He was the recipient of the J. H. Wilkinson Prize in Numerical Analysis and Scientific Computing in 1993, the SIAM SIAG on Linear Algebra Prize in 1988 and 1991, a Presidential Young Investigator Award in 1986, and an IBM Faculty Development Award in 1985, among others.

ACM will present Demmel with this award at the ACM Awards Banquet on June 20 in San Francisco.