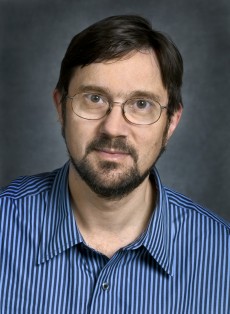 BERKELEY, Calif.—Vern Paxson, a faculty scientist at Lawrence Berkeley National Laboratory (Berkeley Lab) and a professor at UC Berkeley, is a co-recipient of the 2015 IEEE Internet Award for exceptional contributions to the advancement of Internet technology. He shares the honor with KC Claffy, of the San Diego Supercomputer Center based at UC San Diego.

The researchers were recognized for their “seminal contributions to the field of Internet measurement, including security and network data analysis.” Both were also commended for providing open access data and tools to the Internet community.

Paxson’s work on Internet measurement began with his Ph.D. studies at UC Berkeley, which he undertook with the support of the Lab’s continuing education program.  His work today focuses on Internet attacks and defenses, as well as measurement and analysis of network behavior, including a variety of research efforts in detecting and blocking network-borne attacks. He serves on the faculty of UC Berkeley’s Electrical Engineering and Computer Sciences Department, and is also a scientist at Berkeley Lab and the International Computer Science Institute in Berkeley.

Paxson is also an ACM Fellow; recipient of the 2008 ACM Grace Murray Hopper Award for his work on Internet measurement; and was honored with the ACM SIGCOMM Award in 2011 for his contributions to the fields of Internet measurement and Internet security, and for distinguished leadership and service to the Internet community.

During his career, Paxson co-founded and served on the steering committees of the ACM Internet Measurement Conference, the ACM Workshop on Rapid Malcode, and the USENIX Workshop on Large-Scale Exploits and Emergent Threats. He has also served as program chair or co-chair of ACM SIGCOMM, USENIX Security, IEEE Symposium on Security and Privacy, and ACM HotNets, and as an Area Director of the Internet Engineering Task Force.

The IEEE (Institute of Electrical and Electronic Engineering) is the world's largest professional association designed to serve professionals involved in all aspects of the electrical, electronic and computing fields and related areas of science and technology. The IEEE Internet Award, sponsored by Nokia Corporation, recognizes exceptional contributions to the advancement of Internet technology for network architecture, mobility and/or end-use applications.