New Project is the ACME of Addressing Climate Change 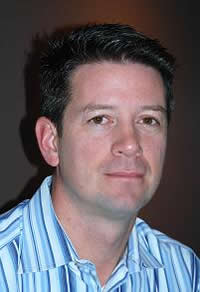 High performance computing will be used to develop and apply the most complete climate and Earth system model to address the most challenging and demanding climate change issues.

The project, called Accelerated Climate Modeling for Energy, or ACME, is designed to accelerate the development and application of fully coupled, state-of-the-science Earth system models for scientific and energy applications. The plan is to exploit advanced software and new High Performance Computing machines as they become available.

The initial focus will be on three climate change science drivers and corresponding questions to be answered during the project’s initial phase:

Over a planned 10-year span, the project aim is to conduct simulations and modeling on the most sophisticated HPC machines as they become available, i.e., 100-plus petaflop machines and eventually exascale supercomputers. The team initially will use U.S. Department of Energy (DOE) Office of Science Leadership Computing Facilities at Oak Ridge and Argonne national laboratories.

The model will also be optimized for deployment on the National Energy Research Scientific Computing Center (NERSC), which is located at Berkeley Lab.

“We need a new paradigm for how to develop and apply climate models to answer critical questions regarding the implications of our past and future energy choices for society and the environment,” says Bill Collins, ACME’s Chief Scientist and head of the Earth Sciences Division’s Climate Sciences Department at Berkeley lab.

“To address this critical need, ACME is designed to accelerate our progress towards actionable climate projections to help the nation anticipate, adapt to, and ultimately mitigate the potential risks of global climate change,” Collins adds.

Berkeley Lab scientist Bill Collins is the ACME Chief Scientist, with duties to lead the overall scientific direction of the project. He is working with the rest of the team to ensure that ACME can fully exploit the world-leading computers deployed by the Department of Energy.

To address the water cycle, the Project Plan (link below) states that changes in river flow over the last 40 years have been dominated primarily by land management, water management and climate change associated with aerosol forcing. During the next 40 years, greenhouse gas (GHG) emissions in a business as usual scenario will produce changes to river flow.

“A goal of ACME is to simulate the changes in the hydrological cycle, with a specific focus on precipitation and surface water in orographically complex regions such as the western United States and the headwaters of the Amazon,” the report states.

To address biogeochemistry, ACME researchers will examine how more complete treatments of nutrient cycles affect carbon–climate system feedbacks, with a focus on tropical systems; and investigate the influence of alternative model structures for below-ground reaction networks on global-scale biogeochemistry–climate feedbacks.

For cyrosphere, the team will examine the near-term risks of initiating the dynamic instability and onset of the collapse of the Antarctic Ice Sheet due to rapid melting by warming waters adjacent to the ice sheet grounding lines.

The experiment would be the first fully coupled global simulation to include dynamic ice shelf–ocean interactions for addressing the potential instability associated with grounding line dynamics in marine ice sheets around Antarctica.

Initial funding for the effort has been provided by DOE’s Office of Science.

More information can be found in the Accelerated Climate Modeling For Energy: Project Strategy and Initial Implementation Plan.