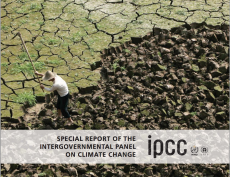 Over the next century, most of the continents are on track to become considerably warmer, with more hot extremes and fewer cold extremes. Precipitation will increase in some parts of the world but will decrease in other parts. These are some of the conclusions reached by Lawrence Berkeley National Laboratory (Berkeley Lab) scientist Michael Wehner and his co-authors on the Fifth Assessment Report of the Intergovernmental Panel on Climate Change (IPCC).

Wehner, a climate scientist in Berkeley Lab’s Computational Research Division, and William Collins, head of the Lab’s Climate Sciences Department, were lead authors on the IPCC report’s chapters on long-term climate change projections and climate models, respectively. They are among more than 200 lead authors from more than 30 countries in IPCC’s Working Group I. Their report released today provides a comprehensive assessment of the physical science basis of climate change.

The rest of the Fifth Assessment Report, from Working Groups II and III, which also include contributions from several other Berkeley Lab scientists, will be released next spring. IPCC’s Fourth Assessment Report, released in 2007, and which Collins and more than a dozen other Berkeley Lab researchers worked on, helped it win the 2007 Nobel Peace Prize, shared with Al Gore.

As in the previous report, Collins worked with an international team of climate scientists tasked with evaluating the physical fidelity of the climate models used in the IPCC’s assessment. He noted that both the quantity and quality of climate models have increased significantly in the last six years. Processes such as cloud formation and rain formation are now better understood and better represented in climate models.

While there is still some scientific uncertainty around how sensitive the climate is to carbon dioxide in the atmosphere, Collins stresses that the fundamental conclusion reached by climate scientists more than 20 years ago remains unchanged. “Increased fidelity of the models is not altering the underlying conclusion, that increased carbon dioxide will lead to dramatic changes in our climate,” he said. “We have very high confidence that the models are simulating the key features in the earth’s climate.”

Using climate model results provided by the international scientific community, Wehner worked with other report lead authors to make long-term projections of changes in average and extreme temperature, precipitation and other aspects of the moisture cycle at the end of this century compared to the end of the last century. Their main finding? “The rare event becomes commonplace,” Wehner said. “We are virtually certain that as the overall climate warms there will be more hot days and fewer colder nights.”

These projections are under the so-called “no-policy scenario,” which was one of several scenarios the scientists made projections for. It assumes that the world population and economy continue to grow but no policies are put in place to mitigate emissions of climate-warming gases, such as carbon dioxide. “The no-policy scenario is the worst case we considered,” Wehner said. “It is not the worst-case scenario.”

The rosiest scenario considered was the so-called geoengineering scenario. “Some call that the vacuum-cleaner scenario, because we have to invent a technology to clean CO2 out of the atmosphere as well as reduce our emissions dramatically, so as to actually have negative emissions of greenhouse cases,” he said. “Even in this case, the average temperature will be nearly 2 degrees (centrigrade) higher than it was before industrialization.”

As for precipitation, certain areas will be drier and others will see more rainfall, snow and storms, especially in the winter and spring seasons. Extremely heavy precipitation is projected to very likely become more extreme in a warmer world. Somewhat paradoxically, intensities and durations of future drought are likely to become more severe.

The scientists also considered several scenarios between the two extremes of no policy and geoengineering. “The intermediate scenarios gave intermediate results,” Wehner said. “These four scenarios are meant to inform policymakers of the consequences of their choices.”

Other Berkeley Lab scientists who contributed to this report were William Riley of the Earth Sciences Division and Prabhat of the Computational Research Division.

Lawrence Berkeley National Laboratory addresses the world’s most urgent scientific challenges by advancing sustainable energy, protecting human health, creating new materials, and revealing the origin and fate of the universe. Founded in 1931, Berkeley Lab’s scientific expertise has been recognized with 13 Nobel prizes. The University of California manages Berkeley Lab for the U.S. Department of Energy’s Office of Science. For more, visit www.lbl.gov.