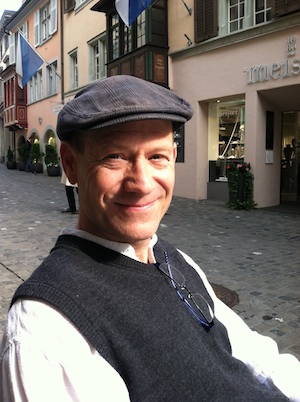 Wes Bethel, leader of the Visualization Group in the Computational Research Division, has been named an ACM Distinguished Scientist.

The Distinguished Scientist level, for which Bethel was successfully nominated, recognizes “Those ACM members with at least 15 years of professional experience and 5 years of continuous professional membership who have achieved significant accomplishments or have made a significant impact on the computing field.”

In the letter nominating Bethel, he was cited for his work on visualization and data analysis for nearly 30 years and being “a well-regarded leader of scientific visualization.” During his 10-year leadership of the Visualization Group, the group has grown from three staff members to 14, and the team regularly produces field-leading work recognized via best paper awards at conferences. Bethel is responsible for coordinating and leading or co-leading a number of multi-institutional research activities, such as the “Scalable Data Management, Analysis and Visualization Institute” and “Visual Data Exploration and Analysis of Ultra-large Climate Data.”

The SciDAC Visualization and Analytic Center for Enabling Technologies, for which he was Coordinating Principal Investigator during the period 2006-11, was the largest-ever DOE-funded open science visualization-focused project in dollar amount, and focused on making production-quality, petascale-capable visualization a reality. He oversees and directly or indirectly manages a portfolio of over a dozen research projects with a total annual budget of more than $5M. His research group at LBNL produced 66 technical publications in during 2011-2012, including a new book on High Performance Visualization from CRC Press, which describes seminal work in the field.