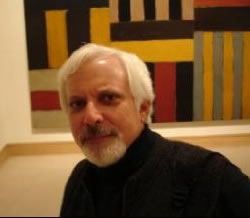 David Leinweber of the Computational Research Division has been named by Advanced Trading magazine as one of its "Top 10 Innovators of the Decade" for his work in developing a service that allows trading strategies to react to news the instant it breaks, managing what the magazine describes as “a fire hose of aggregated updates.”

Last year, Leinweber joined Berkeley Lab from UC Berkeley and established the Center for Innovative Financial Technology (CIFT) to help build a bridge between the computational science and financial markets communities. Leinweber, who has a Ph.D. in applied mathematics from Harvard University, may be best known as the author of "Nerds on Wall Street: Math Machines and Wired Markets," published in 2009.

According to the magazine’s announcement, "Leinweber has played a significant role in the development of algo and high-frequency trading (HFT). In fact, he's been around electronic trading for so long that he remembers when HFT was called 'second (and then half-second) trading.' But thanks largely to Leinweber's innovations in the field of machine-readable news, in particular, high-frequency strategies today can trade on breaking developments in milliseconds."

The magazine notes that the groundwork for the electronic revolution in the capital markets was set in the 1990s as computers became faster, more reliable and commonplace while networks expanded. The Top 10 innovators were chosen for helping with Wall Street's electronic renaissance, pointing out "that as little as 15 years ago the floors of the exchanges were still littered with paper and the most cutting-edge machine for settling trades was the fax machine."

"In devising this list, AT'’s editors, together with the editors of Wall Street & Technology, chose the individuals who had the biggest impact on the way traders and brokers do their jobs," the editors wrote. "We looked at people who created true before and after moments, people whose innovations unleashed the power of electronic markets."

Read what the magazine had to say about Leinweber’s selection as a Top 10 innovator.

When launching CIFT in 2010, Leinweber explained that many of the themes in scientific computing and networking are directly relevant to issues faced by participants in financial markets, and to governments that seek to understand, monitor and regulate them. At the same time, publications focusing on HPC rarely mentioned the markets, though both industries rely on the ability to perform high-speed, large-scale information processing.