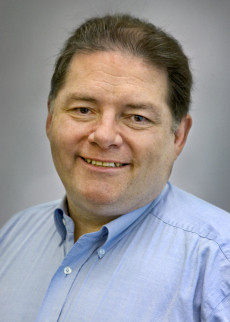 Phillip Colella, an applied mathematician and computational scientist at the U.S. Department of Energy’s Lawrence Berkeley National Laboratory, has been elected to the National Academy of Sciences.

Colella, along with LBNL’s Paul Alivisatos, is among the 72 new members and 18 foreign associates from 13 countries elected to the academy this week in recognition of their distinguished and continuing achievements in original research.

The National Academy of Sciences is a private organization of scientists and engineers dedicated to the furtherance of science and its use for the general welfare. It was established in 1863 by Congress, which can call on the Academy to act as an official adviser to the federal government, upon request, in any matter of science or technology.

Colella is the leader of the Applied Numerical Algorithms Group, which develops advanced numerical algorithms and software for partial differential equations and applies the software to problems of independent scientific and engineering interest. The principal focus of Colella's current work is the development of new simulation software tools for multiscale problems in science and engineering.

“Phil’s election to the National Academy is a testament to both his own achievements and contributions to math and science, as well as a clear endorsement of the growing role of computational science in all fields of research,” said Horst Simon, associate laboratory director for Computing Sciences at Berkeley Lab. “Phil’s body of work has helped advance many important projects by allowing them to more effectively harness the power of supercomputers to solve complex problems of national and global significance.”

Algorithms developed by Colella and his research group in Berkeley Lab’s Computational Research Division are used for studying complex problems arising in fluid mechanics and computational physics. The methodology they have developed has been applied in such diverse areas as shock physics, turbulence, astrophysics, flow in porous media and combustion.

Much of Colella’s research is funded through DOE’s Office of Science and its Advanced Scientific Computing Research (ASCR) and SciDAC programs.

"I am very excited and pleased about being elected to the NAS,” Colella said. “This is in recognition of a career in applied math and computational science that would not have been possible without the sustained support provided by DOE for more than 25 years.”

Since 2002, Colella has also been the leader of a project in NASA’s Computational Technologies for Earth and Space Sciences. Called “Block-Structured Adaptive Mesh Refinement Methods for Multiphase Microgravity Flows and Star Formation,” the project will develop applications and tools for data visualization and analysis.

The election to the National Academy of Sciences is the latest in a series of honors given to Colella by his peers in science, math and engineering. Last year, Colella and John Bell, a fellow applied mathematician at LBNL, were named as co-recipients of the 2003 SIAM/ACM Prize in Computational Science and Engineering, awarded by the Society for Industrial and Applied Mathematics (SIAM) and the Association for Computing Machinery (ACM).

In 1998, Colella was the recipient of the IEEE Computer Society’s Sidney Fernbach Award “for fundamental contributions in the development of software methodologies used to solve numerical partial differential equations, and their application to substantially expand our understanding of shock physics and other fluid dynamics problems.”

He earned his bachelor’s, master’s and doctorate degrees in applied mathematics from the University of California at Berkeley. He has previously been a member of the mechanical engineering department at UC Berkeley and also worked at Lawrence Livermore National Laboratory.