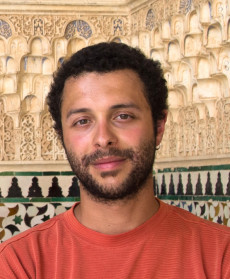 Administered by the major program offices within the DOE’s Office of Science, the Early Career Awards focus on areas of research that are of high priority for the Department’s mission to ensure the United States’ security and prosperity by addressing its energy, environmental and nuclear challenges through transformative science and technology solutions. The award supports exceptional researchers during critical stages of their formative work by funding their research for up to five years.

In recent years, technological advances in a range of scientific instrumentation—from computing and networking to genome sequencers—have led to an explosion of data.

“Scientists are literally generating information faster than they can understand it,” says Buluç. “Graph abstraction gives us a natural way to represent relationships among these complex and fast-growing datasets, but existing algorithms consume too much energy per useful operation due to their high communication costs, lack of locality, and inability to exploit hierarchy.”

So with his Early Career Award, Buluç will explore methods to increase the energy efficiency of parallel algorithms and data mining tasks. He will develop a new family of algorithms to drastically reduce the energy footprint and running time of graph and sparse matrix computations that form the basis of various data mining techniques.

“One way we may be able to accomplish this is to exploit the well known duality between graph and sparse matrices to develop communication-avoiding graph algorithms that consume significantly less power,” says Buluç.

A number of DOE mission science areas are already relying on graph-based methods to make sense of their data. For instance, the bioinformatics and genomics communities currently use these techniques to generate better biofuels, while climate researchers are using them to make more accurate hurricane predictions.

“As exascale supercomputers—capable of computing up to a quintillion calculations per second—come into use, energy consumption will be a primary concern. So it is important that we are looking at this issue now,” says Buluç.

Originally from the Aegean region of Turkey, Buluç received his bachelor's in Computer Science and Engineering from Sabanci University, Turkey and his PhD in Computer Science from the University of California, Santa Barbara. He joined the Berkeley Lab’s Computational Research Division in 2010 as a Luis W. Alvarez Fellow in Computing Sciences.

His research to date focuses on high-performance graph analysis, libraries, and their applications in genomics and bioinformatics, parallel sparse matrix computations, and communication-avoiding algorithms. He also has extensive experience in translating these algorithms into high-performance codes and libraries that are easily usable by scientists. Buluç is a founding associate editor of the new ACM Transactions on Parallel Computing.