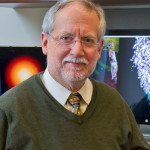 David Brown recently retired as the Director of the Applied Mathematics and Computational Research Division at Berkeley Lab. His thirty-eight year career with the U. S. Department of Energy National Laboratories included fourteen years at Los Alamos National Laboratory (LANL), and thirteen years at Lawrence Livermore National Laboratory (LLNL), where he was technical lead of several major research projects and held a number of line and program management positions. He was a Division Director at Berkeley Lab from 2011 until 2022. Dr. Brown's research expertise and interests lie in the development and analysis of algorithms for the solution of partial differential equations. He is particularly enthusiastic about promoting opportunities in computational science for young scientists from diverse backgrounds and is a founding member of the steering committee for the DOE Computational Graduate Fellowship Program and is currently one of the technical co-PI's for this program.  More recently, in collaboration with colleagues at Berkeley Lab and the Sustainable Horizons Institute, he helped create and promote the Sustainable Research Pathways program that brings faculty and students from diverse backgrounds for summer research experiences at Berkeley Lab.

Brown earned his Ph.D. in Applied Mathematics from the California Institute of Technology in 1982. He also holds a B.S. in Physics and an M.S. in Geophysics from Stanford University.