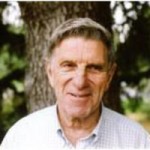 F. Alberto Grünbaum is a Senior Faculty Scientist in the Mathematics Group at LBNL. He also holds a full-time position in the Mathematics Department at UC Berkeley. Before joining LBNL in 1976, Grünbaum taught at the Courant Institute in NYU, was a research scientist at the IBM Research Center in Yorktown Heights, NY and then joined the Applied Mathematics Department at Caltech before moving to Berkeley in 1974. He has served as director of the Center for Pure and Applied Mathematics and then Chairman of the UC Berkeley Mathematics Department from 1989--1992. He has been published extensively in the area of imaging, and his recent research interests include the study of Quantum Walks and its applications to different areas of science and technology.

Grünbaum has a long standing interest in the mathematical aspects of interactions between electromagnetic radiation (at different frequencies) and matter. Depending on the wavelength of the incident wave and the nature of the object placed in the path of the beam, the roles of scattering, transmission and absorption are quite different. Some example problems he has examined include periodic scattering in crystallized structures, medical imaging with function recovery from absorption, and diffuse tomography, which includes both scattering and absorption effects. All these examples reduce down to a variety of inverse problems.

In the case of X-ray crystallography, traditional X-ray scattering problems include the use of the Born approximation and then a Fourier transform, where one can recover an unknown three-dimensional structure. From this more traditional problem, the mathematical concepts are reduced down to a linear inversion problem.

In the case of medical imaging (i.e., CAT scanners, MRIs, etc.), the main phenomenon is absorption, which leads to the recovery of a function from the knowledge of a large collection of "lower dimensional projections", such as the line of surface integrals of the unknown absorption density. Again the problem is reduced to a linear inversion problem.

And finally, in the case of infrared imaging, also known as optical or diffuse tomography, both scattering and absorption play a very important role. This modality is much less developed than the other examples. Singer, Grünbaum, Kohn and Zubelli published an early paper in Science about this study.

The study of this last problem, diffuse tomography, has motivated Grünbaum to consider a variety of inverse problems for both classical and quantum networks. In the case of quantum networks, this research is connected to a vast array or topics in physics, computer science and mathematics itself. In this case even the study of direct problems---i.e., the study of properties of a known network (in contrast to the ones above)---is still a very rich area of mathematical problems. Many of these models are nowadays being used in areas, such as the study of photosynthesis (see Engel, Fleming and coworkers), and constitute an area driven by new experimental results. The last Nobel Prize in Physics (October 2012) is a good example of this.